For the adventure seeker out there the idea of spending an entire season in a warm, balmy and stunning haven makes your heart beat a little faster. To wet your taste buds you can find out just what it really is like to work in your dream location.

Meet Tom Anderson– a former River Guide for PGL in Vallon-Pont-d’Arc, France. I interviewed Tom on what some of you might be eager to ask before seeking out your dream adventure and here you can find all the answers….

Tom, So what is it like being a River Guide?

“Well where to begin, if you pick the right venue with the right company,  you’re truly talking “Dream job” stuff here. If the idea of paddling down some of the best scenery in the world, having a laugh and meeting tonnes of interesting like minded people, then becoming a river guide may interest you. As far as my own experiences of being a river guide go, I would say its like getting paid to do your hobby. And who doesn’t dream of being able to do that? Of course this vocation does have its downsides. You tend to spend a large portion of your life wet, which brings its own issues. Having the correct equipment and gear certainly improves the experience. Safety, as in pretty much all outdoor adventure jobs, is paramount, and you need to have this at the forefront of your mind at all times. People are laying their lives in your hands, especially when paddling on graded moving water of 2-3 +. Personally I loved being a river guide as the outdoors is your office. Certainly beats sitting behind a desk eh?!”

Where did you do your season?

“The season’s  I did abroad were in a fantastic area in the South of France called Vallon-Pont-d’Arc. This region has one of the largest Gorges in france and is part of the Ardèche river. The area contains what is most likely the most scenic 32km of the entire river, with rapids between grade 1-3 (depending on river level). This section of the river is paddled by a huge amount of people during the summer, with the region’s population increasing ten fold. Boasting large sections of 300m high limestone gorge, this really is a spectacular place to visit, and an even better place to work. During the summer months, temperatures rarely dip below the high 20’s and mostly sit in the mid 30’s. The hottest day I experienced working in the area was 45’c. You can imagine my relief at being surrounded by cool water all day. The Gorge part of the river is run by a few English companies and is usually split up into a 3 day decent. The local village is pretty small, but has all the amenities you require for a season paddling some of the most picturesque scenery in the world.”

Now that you have done a few seasons, where would you most like to do another season?

“After experiencing white water rafting in Golden, on the Kicking Horse River in Canada I have to say I would love to spend a season there. Canada has some of the best canoeing in the world, where do you think the “Canadian Canoe” came from? Doing a season in Canada either canoeing or rafting would be an awesome experience and a very different one to the south of France.

Other than Canada, I would really like to do a season as a Kayak instructor in the French Alps. The grade of river increases the higher into the alps you go. With some of the most technical rapids in the world, paddling in the Alps certainly would be an experience you would never forget.”

I have white water rafted on the Kicking Horse River also, felt like they were constantly throwing bath tubs full of water over me! Now how did you become a guide?

“I left school with basic GCSE’s and life providing me with no real “calling”. All I knew was I liked sport and being in the outdoors. My parents took me to an open day at a college to look at their outdoor instructor program, and the rest is history, I spent 4 years learning my craft at college and paddling the local rivers; the upper river Dart being one of my favourites. I spent two summer seasons at Domaine de Segries, working for PGL. My college worked closely with this company and they provided the majority of my coaching training and qualifications. This was a great choice as PGL provide their trainees with probably the best environment there is to learn everything you need to know about Canoeing and Kayaking. They do this by picking fantastic locations and using some of the best Kayaker’s and Canoers in the world, Dave Luke, Ray Goodwin, Leo Hoare and Bob Timms to name a few. These guy’s pretty much wrote the BCU and helped towards helping the UKCC grow its programs whilst in its infancy.”

Sounds like fun, how can someone become a guide just starting out?

“My advice as a paddler is to get the basics under your belt, either at a college or a paid course, and do a few seasons somewhere like the Ardèche to improve your craft. PGL is a fantastic company to work for, as you gain qualifications at the same time. And most importantly just PADDLE, PADDLE, PADDLE as much as you can. You don’t need to spend thousands to obtain your dream job in paddling.”

How would you advise someone on choosing who to work for?

“There are plenty of companies out there, so you have a good choice available. When picking someone to work for, or train with, you need to have a few things in mind. Which sport do you wish to progress in? Some companies are centered towards a particular discipline, so research is key.  Asking people who have worked for these companies recently is also a great way to find out if it’s the one for you. There are tonnes of forums online where people talk about their experiences. If you are in the UK my advice would be to work with PGL as they will provide you with probably the best instructing available, and by working for them, its pretty much free.”

How many days off did you get in between guiding?

“This depends on the company you work for. The seasons I did in France I had roughly 2 days off in 7, so pretty much the same as most jobs. One thing I will say is river guiding is a very physical job and requires putting in a lot of hours. You may be working with a 300m limestone walled gorge as your office, but you will spend a long time in it. The actual paddling on the river is only a small part of the job. Before you get on the river you have to prepare all your own PPE (Personal Protective Equipment), all your groups safety gear and all the boats you will be using for the trip. Which sometimes can involve getting up a few hours before everyone else to drive them to the river bank. This way you do all the hard work and the client gets to do the fun bit, which after all, is what they’re paying for.” 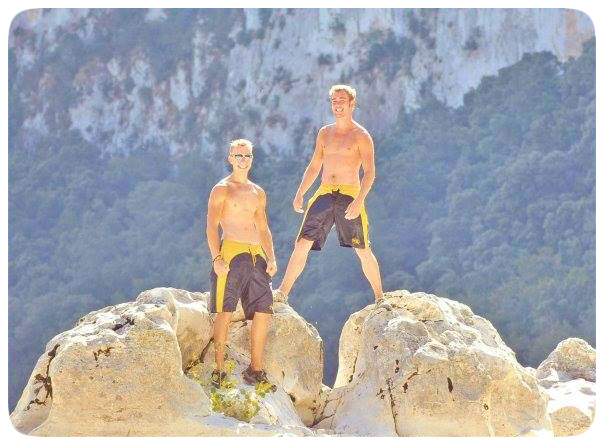 “My day would start with waking up inside my house sized tent in what we called the “Tent village” and heading for instructors breakfast. This was about 45 minutes before the groups started waking up. I would then have a meeting with my team and inform them of the plan for the day. Depending on which day of the decent we were on would dictate what happened next. If it was the groups first day, and they were an AM arrival, we would get them off the coach (after a 17 hour journey from the UK) and do a “boat talk”. This would involve standing on an outside stage and talking the group through interactive talks of each rapid on the river. This would involve the whole river team chanting different songs for each river and soaking the group with water (after all they need to wake up after such a long drive). Once they were fed they would get back onto the bus and we would travel to the river. Depending again on which day of the decent this was, it could take up to 45 minutes. To entertain the group of up to 45 kids, plus teachers, we would tell stories and bad jokes. After we arrived we would do a boat talk on day one of the decent which was a fun way of starting the basic instruction of paddling, whilst still on land. The decent of the river would follow, with lunch being served on an upturned canoe somewhere on a beach in the gorge. In order to obtain their bread for their self made sandwiches, the kids would have to tell there best joke/ chat up line etc, which was always a laugh.  After that more paddling and the start of the day in reverse. Once work was complete, the night time became party time, pretty much every night.”

What did you enjoy most?

“The weather, the people, the freedom, the memories, the lack of stress and doing the sport you love every day and getting paid for it.”

The fear of missing out. People say fear is a bad thing, I disagree. I remember seeing a phrase of fear once and it sums it up perfectly

What do I fear?

I fear stagnation and lack of progress.

I fear never reaching my potential and being average.

I fear being forgotten… The past… Yesterday’s news.

I fear giving up and being passed by, going softly into that good night.

I fear letting those I love down, letting myself down.

I fear settling, giving in to the “that’s just the way it is” mindset.

I fear dying without leaving my mark.

I fear not feeling these fears anymore and just floating along.

These fears feed me, they nourish my drive.

I love my fear.

Thanks to Tom for his great insight into what sounds like an exciting job-now who feels inspired?!

Yours, Ever the Wanderer

View all posts by everthewanderer 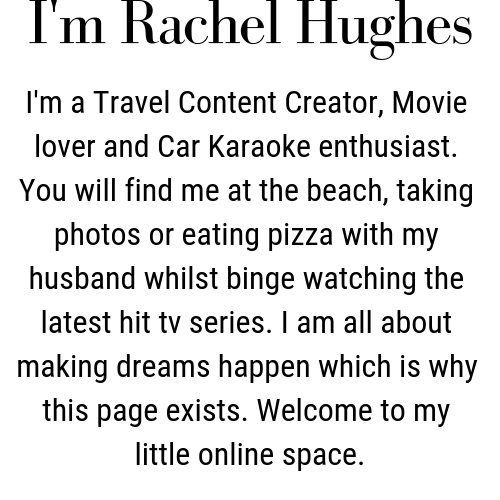 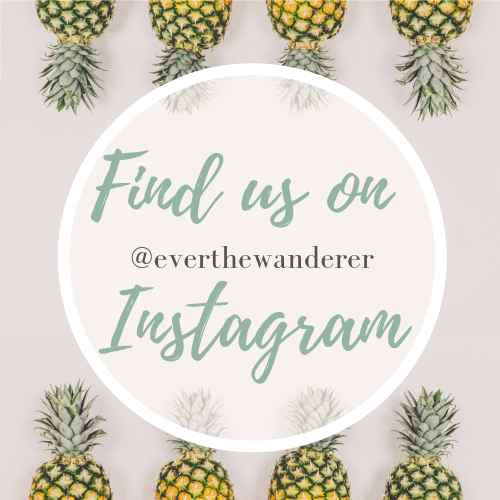